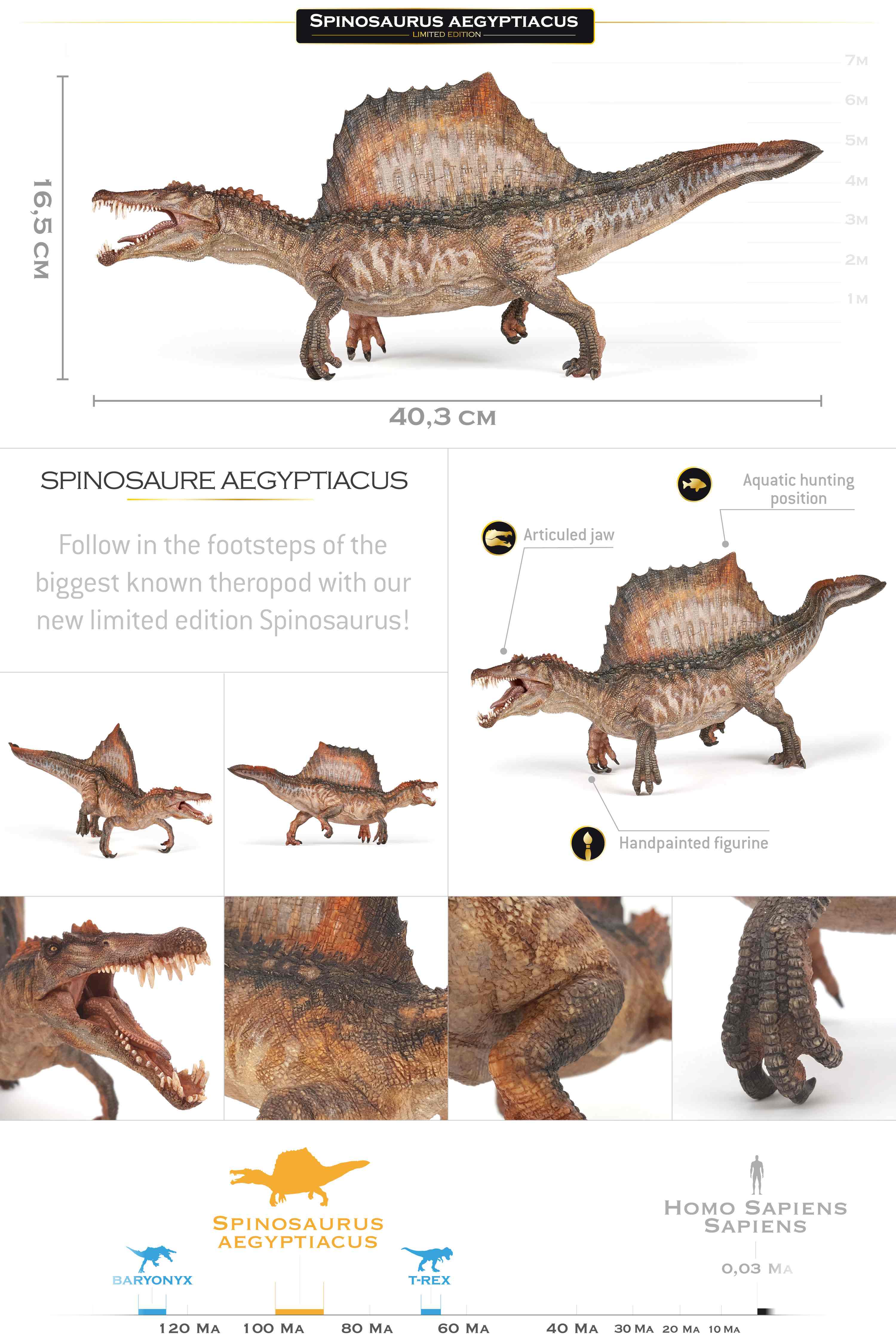 This extraordinary dinosaur lived 110 to 97 million years ago in what is now North Africa. The Aegiptiacus Spinosaurus is the largest known theropod to date, it’s also the largest terrestrial carnivore recorded!

The first bones of Spinosaurus Aegyptiacus were unearthed at the beginning of the 20th century (in 1912) by a German paleontological expedition. Much of the knowledge about this dinosaur is based this initial discovery. However, recent studies have made it possible to clarify its anatomy and way of life. Indeed, it would be the only theropod to have been able to adapt to a semi-aquatic life as it could combine fishing and hunting, much like the grizzly bear of today.

The limited edition PAPO model showcases all its specific features. Its physique, close to that of a crocodile, is particularly stocky. Aegiptiacus Spinosaurus measured between 16 and 18 metres for a weight of 11 tonnes. The very dense bones of its lower limbs prevented it from floating and allowed it to straighten up in the water. It used the upper part of its body to hunt its prey. Aegiptiacus Spinosaurus had a nasal crest dominating his eyes and external nostrils close to the eyes.

Its mouth, opening on many straight and conical teeth, was long and narrow like that of a crocodile. This helps us confirm that he was partially piscivorous while being able to feed also on young dinosaurs!

The mystery surrounding their very large backbone is still in debate, and it continues to divide scientists around the world. Up to 160 cm in height, Aegipticus Spinosaurus was covered with a veil of skin which, some believe acted as a thermal regulator, while others believe that it supported a large muscular hump, similar to what we observe in Bison.

Find our limited edition box at your usual dealers, in store or on the Internet !